Ben Hill Griffin Stadium at Florida Field is the home football stadium for the University of Florida Gators football team.

The Florida Gators Football Stadium is located on the Gainesville campus. Ben Hill Griffin Stadium was originally built in 1930, and has been regularly expanded and renovated since then.

It is the eleventh largest on-campus college football stadium as measured by the official seating capacity of 88,548, however, attendance for the Gators home football games always exceeds 90,000 fans. 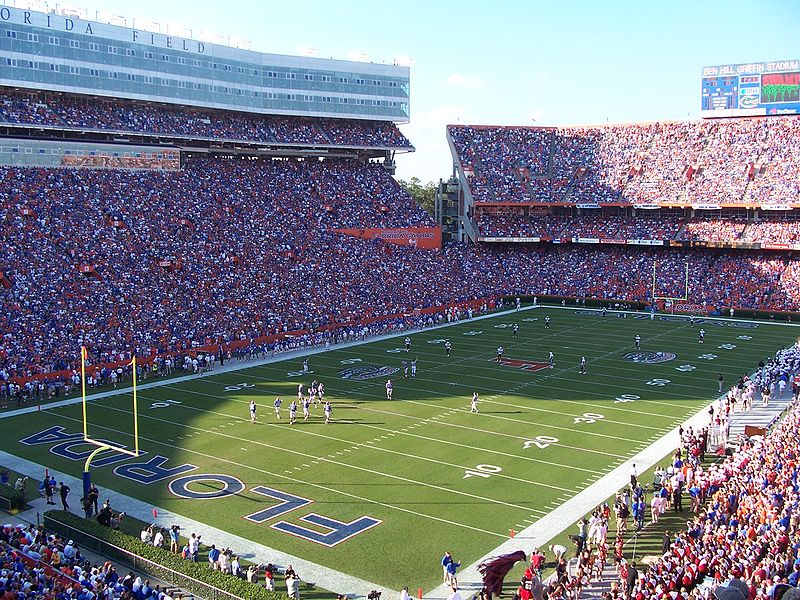 Florida Field was completed in 1930. It was built in a shallow ravine, so almost all of the original stands were below ground level. Comprising approximately all of the lower half of today’s east and west stands, the capacity was about 22,000.

The stadium is lovingly referred to by Florida football fans around the nation as the Swamp.

Members of the SEC